This past weekend I took my partner to Campbell River for a couple of nights to celebrate his birthday. The plan was to take an Air Nootka float plane from Gold River to Hot Springs Cove near Tofino, and drive and hike around Strathcona Park, but the most intense storm of the year would certainly change our plans. With immense rainfall and severe winds of 80+km/hour, loss of power to various areas of Campbell River and West Coast ocean swells so huge that some beaches were closed off, our weekend turned into a storm watch. It was actually amazing. Even our backup plan was cancelled! Skiing on Mount Washington would not come to be as the mountain received a record snowfall of 96cm over 24 hours and had to shut down operations for the first time in ten years. It was quite the story!

We decided to take the 89km drive down Hwy 28 to Gold River anyways, despite our flight cancellation. I’ve taken this drive before in the summer a few times, and once in the winter. But this day was spectacular. Fresh snow blanketed the mountains of Strathcona Park, puddles flooded onto the road, the culverts became little creeks beside some areas of the highway, ponds were frozen, and the sky kept on dancing for us. At times the sun would streak through the clouds, spotlighting certain summits and making the road itself a dazzling spectacle. Other times it slushy rained on us and was nearly snow. I kept gasping throughout the drive, which totally scared Jessie into thinking an Elk was crossing in front of us! No, I was gasping in awe at the raw beauty! Hundreds of waterfalls sprung up due to the rainfall as well, splashing beside the highway over the rocky mountainous terrain. The final 12km to Muchalaht Inlet in Gold River has quite a few large ones along the route. I highly recommend taking a drive there. Put your old CD’s in your stereo, you know, the ones you still have from your teenage days? Fill up the tank with gas, throw a blanket in the back, pack a lunch and hit the road! Just because it’s January doesn’t mean road trips are out of the question! 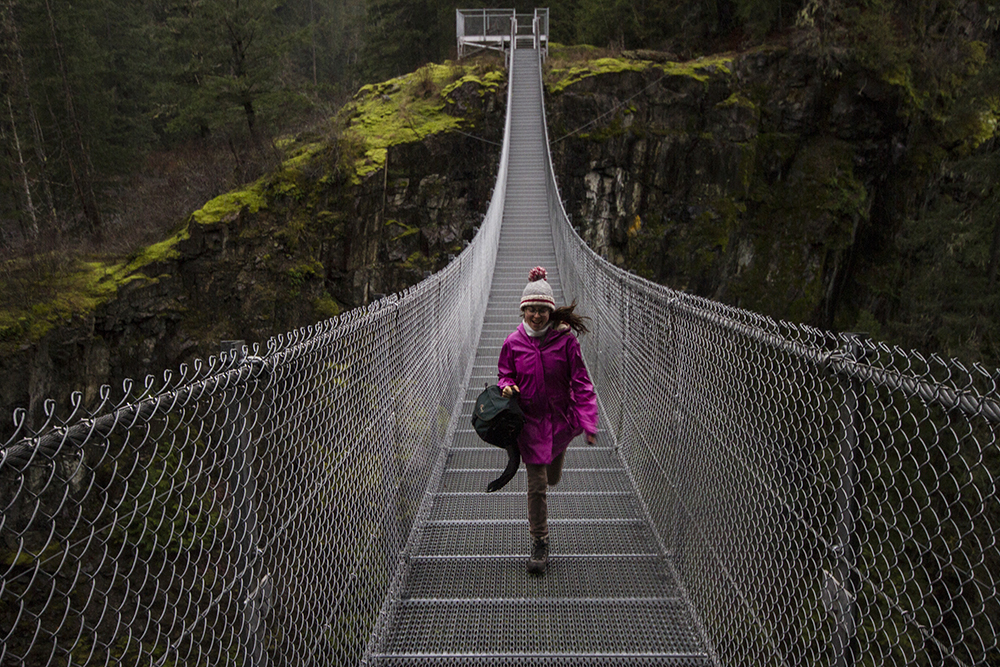 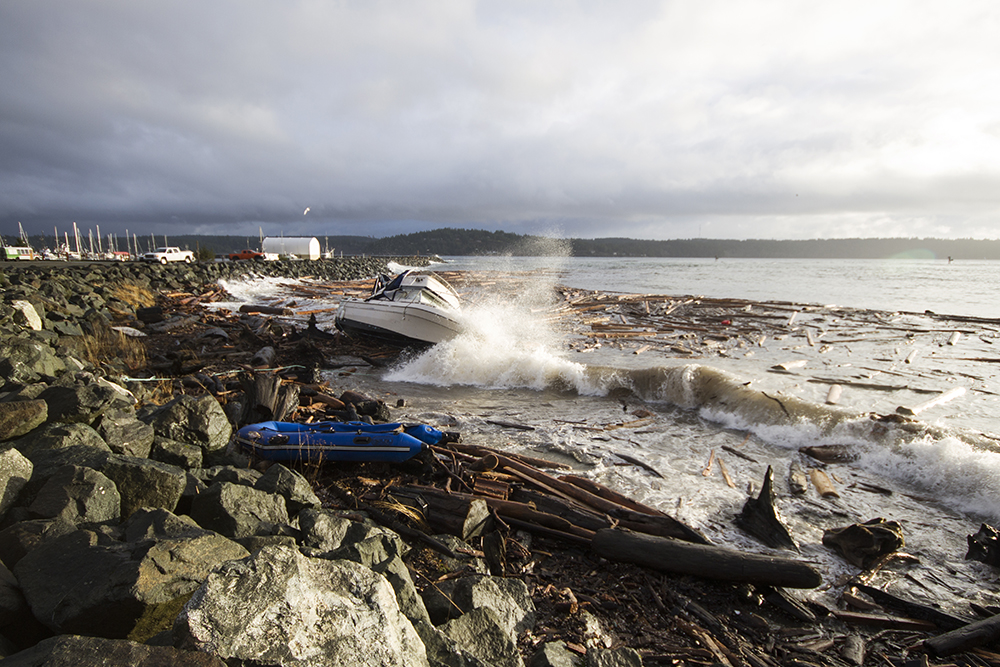 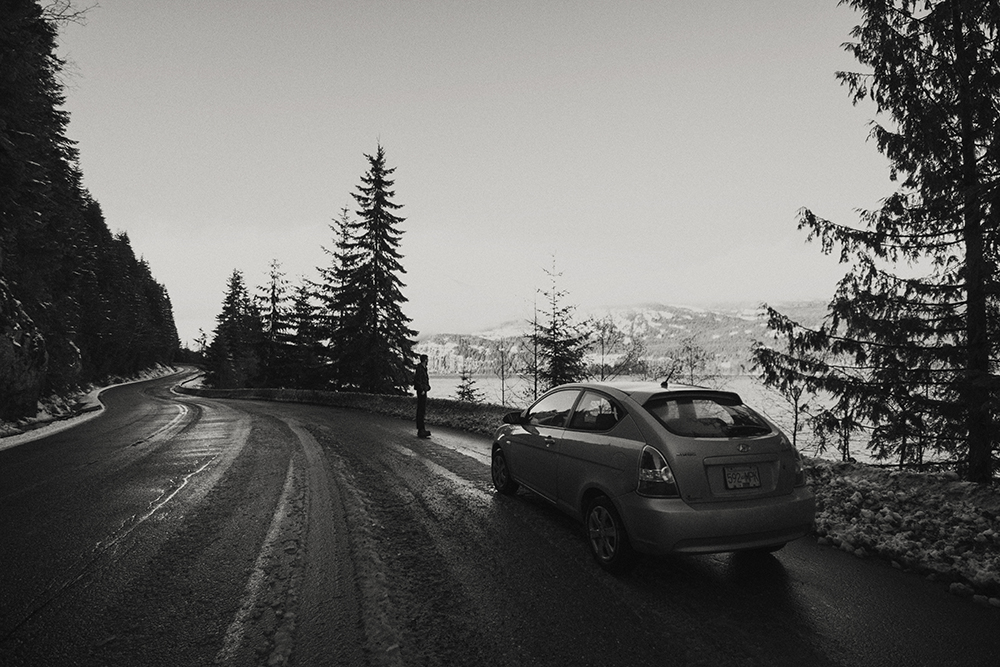 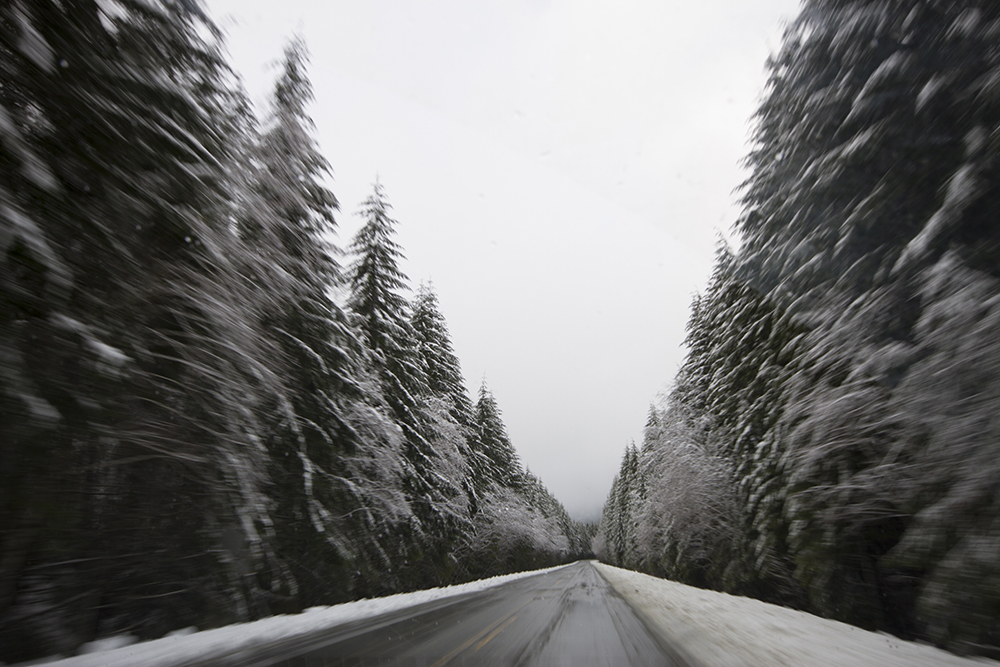 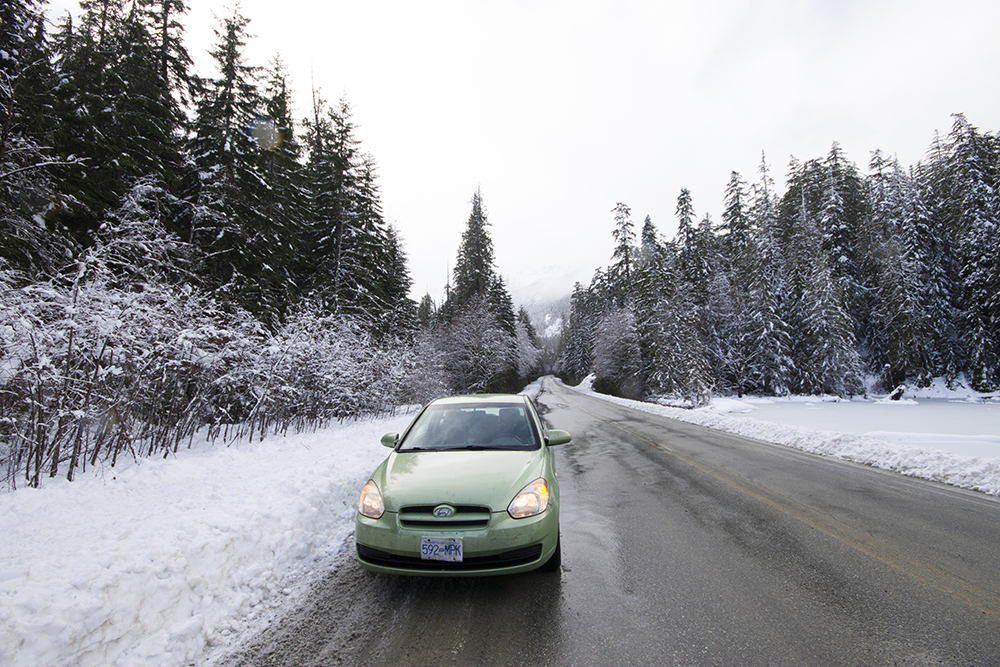