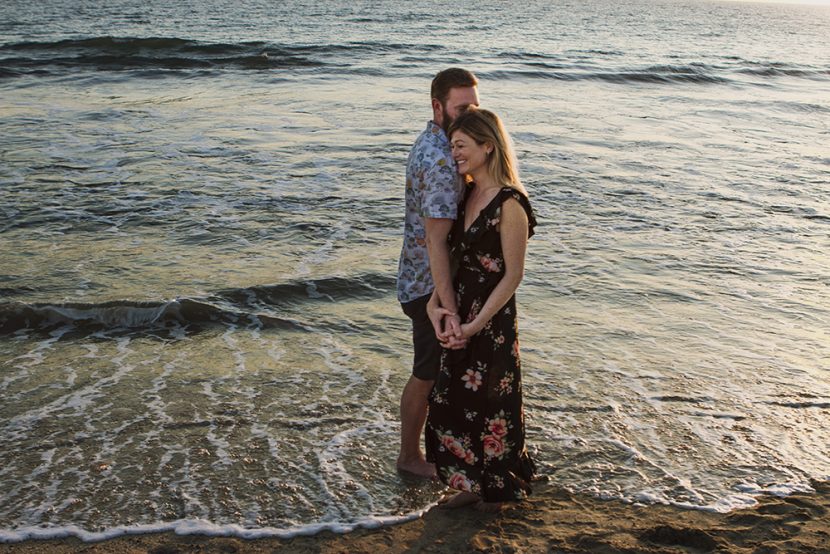 I met David and Kimberly while photographing a destination wedding in Puerto Vallarta, Mexico this winter on the February 29th leap year. They were also attending a leap year wedding at the all inclusive vacation resort Royal Decameron near the small town of Bucerias. We met over a game of UNO and connected. I really really wanted to photograph a couple at sunset on the beach while I was there, so I asked these two the next day when I ran into them at one of the bars if they would be up for a sunset session. They were game! We connected and I knew they were my kind of people. We had a blast. This was my first proffessional photoshoot ever done while drunk on margaritas. I was a little bit unsure of my ability to take good photos while intoxicated, but here you go! Most of them were in focus and my prompts still worked. Kimberly actually shed a few tears when I asked David to tell her about a moment he was really proud of her. Awe!!!

These two were so sweet and I loved that they were a tiny bit camera shy. I think it pulls through so genuine on camera- the images look authentic and feel real. They got pretty into it too, I admit I had to give them a moment when they couldn’t help but make out and embrace the romance. Afterwards, while David insisted on running to his room to grab a tip, Kimberly started gushing over him. She said they had both been in marriages previously and together have a collective five kids. She passionately explained that she never thought she could feel so in love. She struggled to find the right descriptive words and I think that’s just it! Indescribable connection and a feeling of right. Their energy was great to be around, and I was so happy to provide them with a series of images that will remind them of their Puerto Vallarta vacation and love for each other.

Every sunset is a gift, even if the sun is not see

Watching the last lingering light, a night spent a

Searching for something, with a lantern with no fl

Throwback to last year when I gave my cats a profe

Happy Easter! It's looking like a beautiful day to

This is how stoked I feel about today being the la

Being self-aware is a strange and uncommon state o