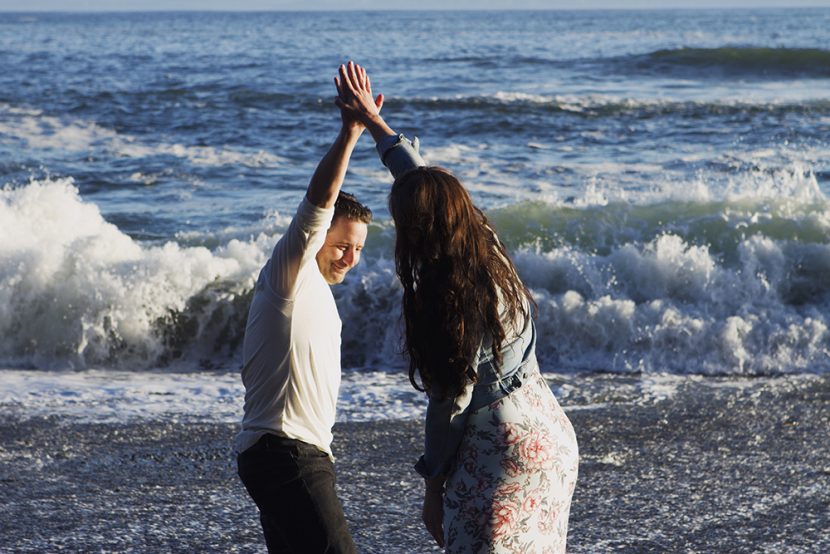 Emily and Shaun were up for adventurous engagement photos, and since they are beach lovers, I suggested Sombrio Beach near Port Renfrew on the West Coast of Vancouver Island. It is an amazing spot and actually my favorite beach in the world. With long stretches of both sandy and pebbly beaches, a healthy Sitka Spruce forest, a hidden waterfall, the Sobmrio River, and plenty of camping, hiking and surfing possibilities, you can spend many blissful days here. I spent two short nights camping here, and Emily and Shaun met me for a sunset session at the sandy far beach of Sombrio for their photos. 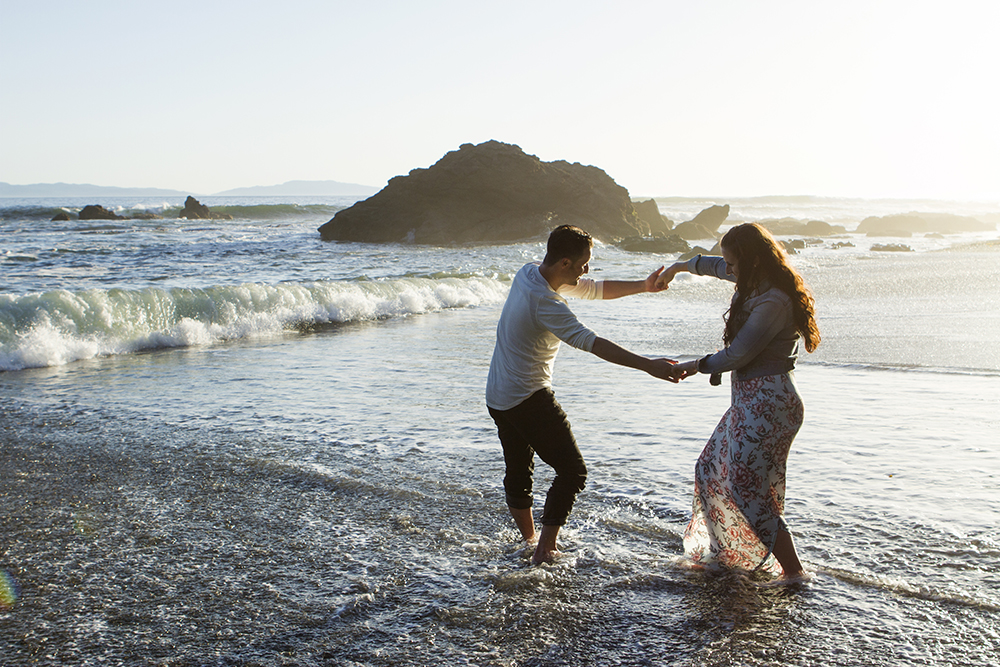 Playing in the Waves at Sombrio Beach

For Emily and Shaun’s adventurous engagement session, I suggested they wear something comfortable to play in the waves with at the end of the session. I especially love long dresses that can trail in the water and sand- they nailed it! Since the waves were actually pretty strong, we did not go too far. At one point as we were walking along, a wave came and each of them lost one of their sandals at the very same moment! Emily started running after their sandals while Shaun yelled, “STOP!! It’s not worth losing your f***ing life over!” She did stop, and we all burst into laughter. Emily managed to save her own sandal, but couldn’t reach Shaun’s in time. Too good! We danced around in the sand, had a small beach fire and talked about the future. Sombrio Beach is part of the Juan de Fuca Marine Trail, and as we were sitting by the beach fire, a few backpackers walked by. Emily and Shaun are planning on doing the Cape Scott Trail for their honeymoon, so it was nice to be inspired! 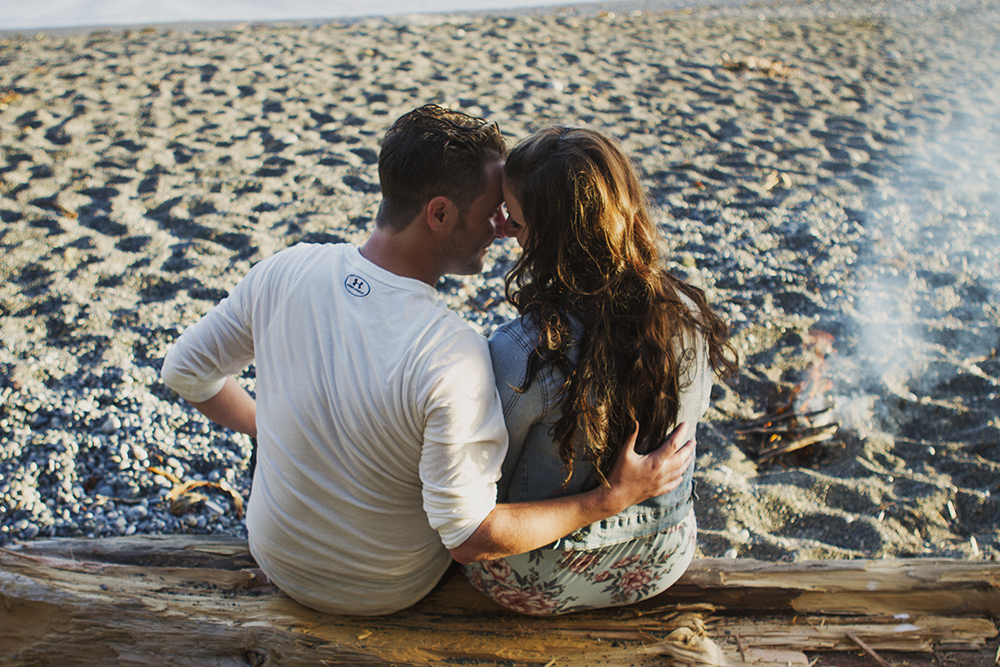 Sombrio Beach is a section of coastline that is within the Juan de Fuca Marine Park boundary, established as a provincial park in 1996. It is also a segment of the popular multi-day backpacking trail Juan de Fuca Trail. You can camp, surf, hike and hangout here. Beach fires are permitted year round as Sombrio Beach is within the West Coast Fog Zone- you will always wake up with dew on your tent! Since the 1960’s up until the parks establishment in 1996, a small off-grid community actually lived here. They lived off the land, had goats, and a few of them actually became world-renowned professional surfers. All that remains now is some foundation. I’ve spent many incredible nights camping here, falling asleep to the sound of the ocean waves pulling the pebbles back towards it’s sea floor. I even saw a Vancouver Island Marmot here once! I absolutely recommend checking this place out if you’re visiting the Island. 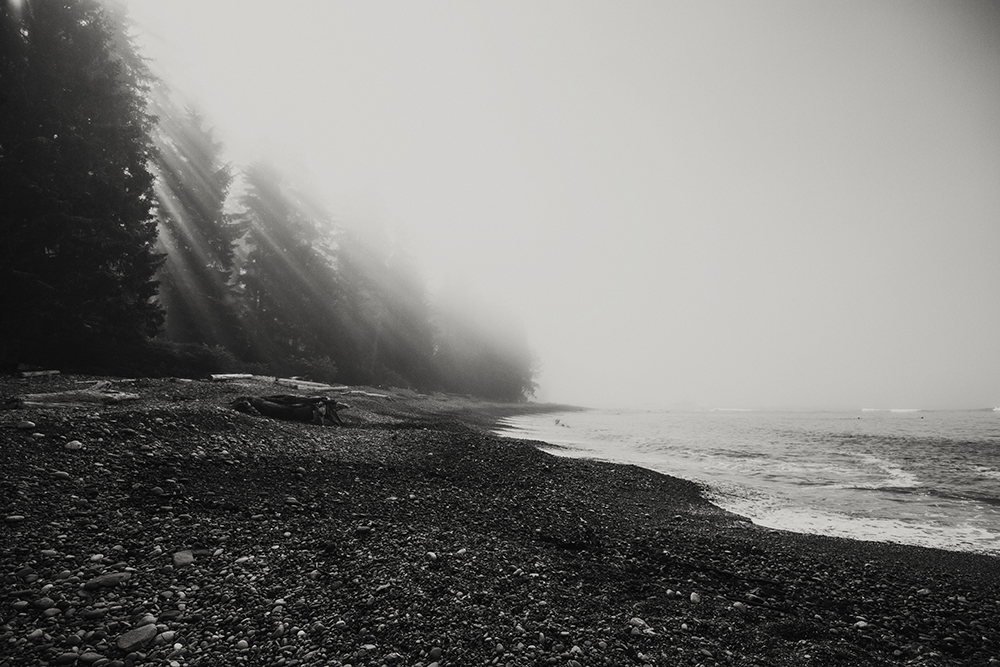