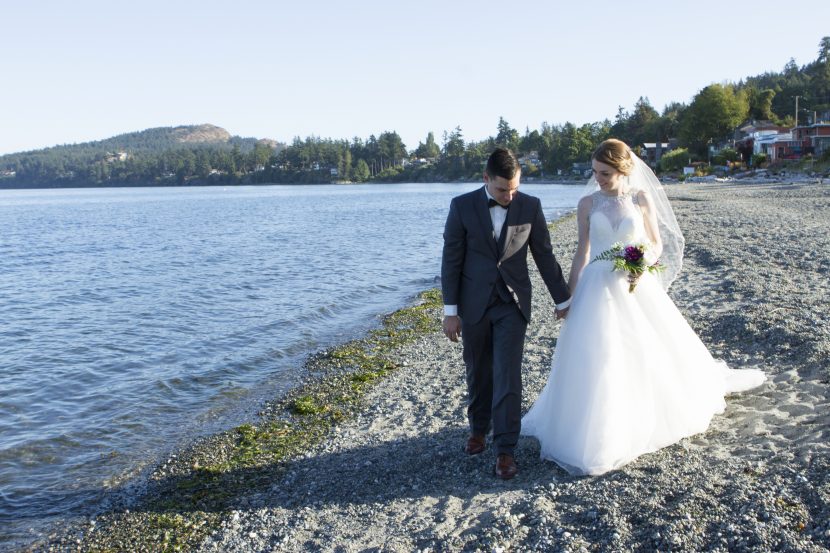 Taleah and Sean held their wedding at the Beach House in Cordova Bay, Victoria, BC. With their family and friends seated in chairs facing the ocean, they married each other with a cool summer breeze in their hair while smelling the scent of salty west coast waves. With just over 100 guests and around a dozen children attending, their wedding was full of entertainment, great conversation, emotional moments, heartwarming speeches, delicious food and desserts, and finished off with some high energy dancing and a midnight pizza snack. It was perfect.

I’m fortunate to be able to call Taleah and Sean my friends, and am happy to claim them as the longest-together couple I know! They met while Taleah was finishing high school and have been together ever since. It’s amazing! You don’t hear of long-lasting high school sweethearts too often, but not too long ago it was the norm. Think about our grandparents, they usually met at the age of sixteen and stuck together for life! I truly believe these two are going to carry a similar story. Shortly after finishing high school, they moved to Victoria and lived in separate apartments with roommates while attending the University of Victoria. Taleah and her roommate shared a two-bedroom apartment which pretty much held four people at all times… the boyfriends! After a couple of years, they each moved out with their guys. Every time I checked in with Taleah and Sean, they were always deep in their studies and committed to their educational pursuits, usually studying for an exam of some sort. When they finished their degrees, they got engaged and wanted to take their relationship story to the next level. Both of them want children and a home, and this is exactly what they are up to now. Check out their SUPER CUTE engagement photos taken at the UVIC Library and Gardens here! 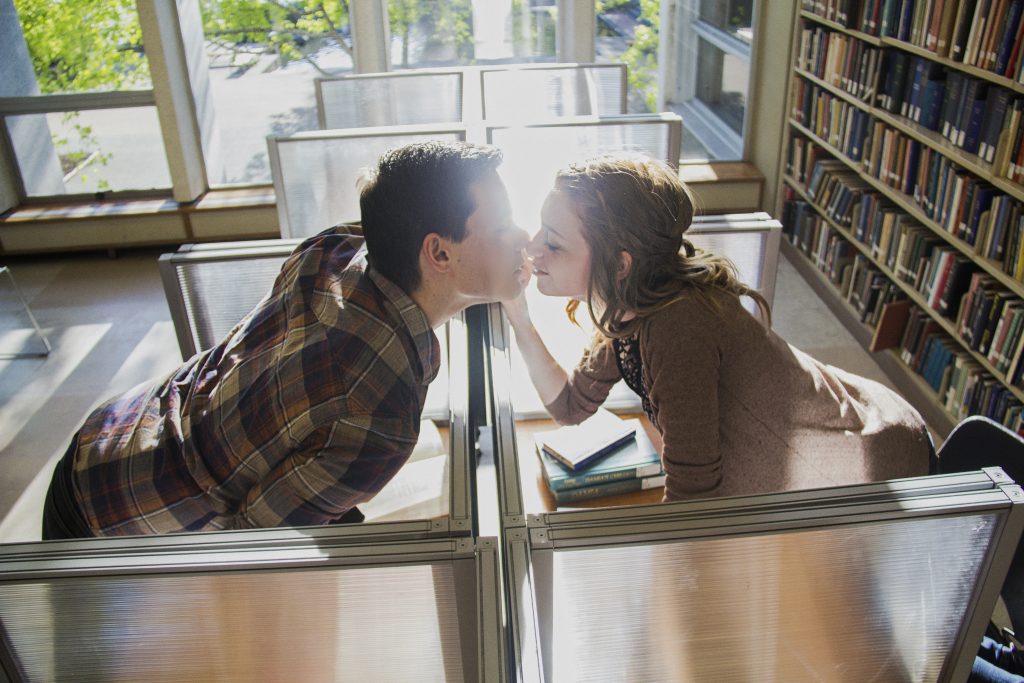 The Beach House Restaurant in Cordova Bay, Victoria, BC, is a lovely wedding venue capable of accommodating both large and small weddings with a variety of set up options. The most popular ceremony set up is down the steps, set up on the beach under a driftwood arbor with chairs facing the ocean. It’s beautiful, and this is what Taleah and Sean chose to do. The restaurant also catered the dinner and desserts, while Cakes Etc. provided the wedding cake. Crafty and thifty as ever, Taleah made most of the wedding decor herself with the help of family and friends. They also made a DIY photobooth which was a smashing hit the entire night! Since there were a dozen kids attending, they set up a “Kids Corner.” This was a large table with couches and chair set up in the corner full of toys, puzzles and drawing equipment. Great idea. 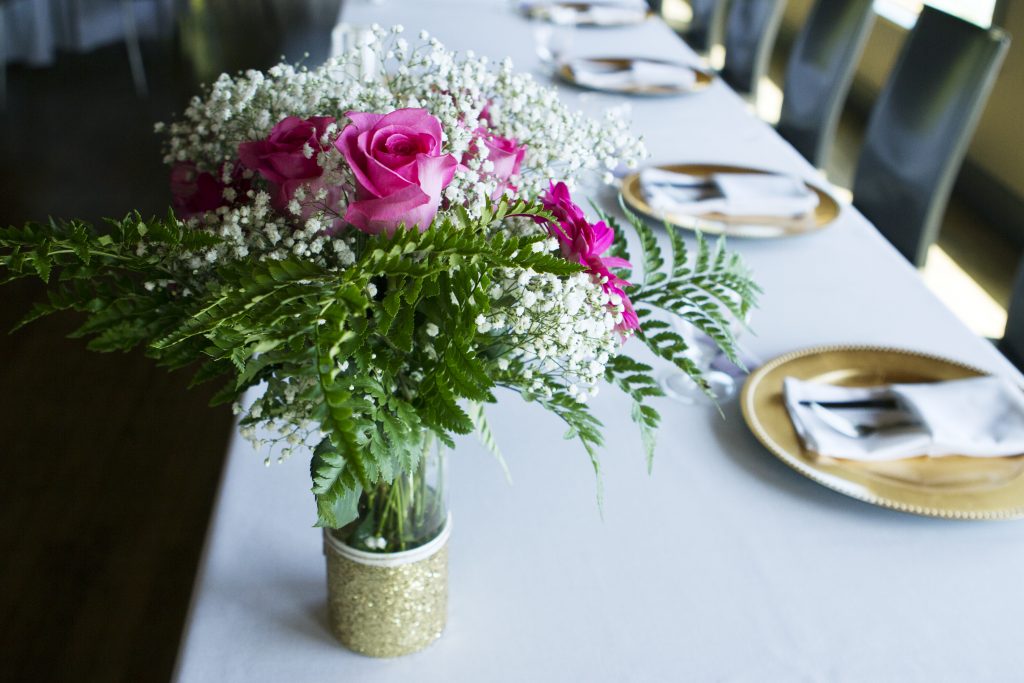 ♥ Taleah’s Grandpa was released from the hospital for one day to be present at their wedding. In a wheelchair, he was unable to be seated on the beach for the ceremony, so it was arranged that the bride and her grandpa have a private moment prior to. It was emotional and beautiful!

♥ One of the bridesmaids, Jackie, went into labor that day and was unable to make it to the wedding! The groom’s sister was able to replace her and use her dress as a backup in the bridal party. Throughout the day, the bridesmaids communicated with Jackie and some even visited her in the wee hours of the morning after the wedding had ended.

♥ Sean’s father is a comical guy, a total natural speaker and presenter. He was actually my seventh grade social studies teacher! During his witty speech he brought out a very special bottle of Scotch that was gifted to Sean when he was born from his grandfather. It was to be opened the day of his wedding. His sister was given a bottle too, to be opened when she becomes married. Bruce poured a tray full of shots and distributed them around for an emotional toast, drinking to the spirit of Grandpa. 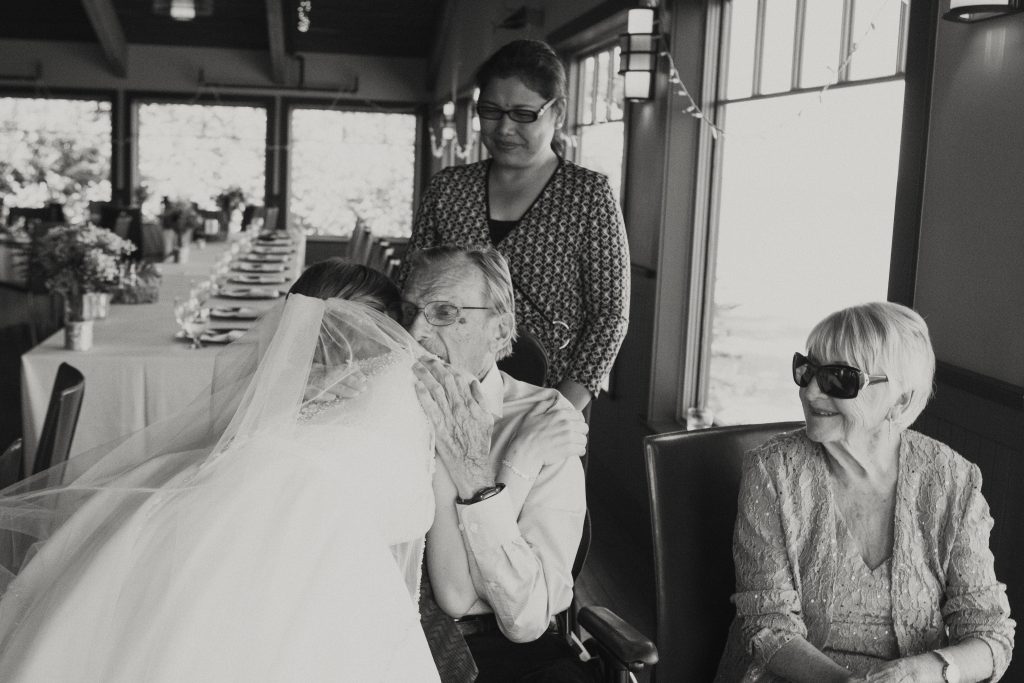