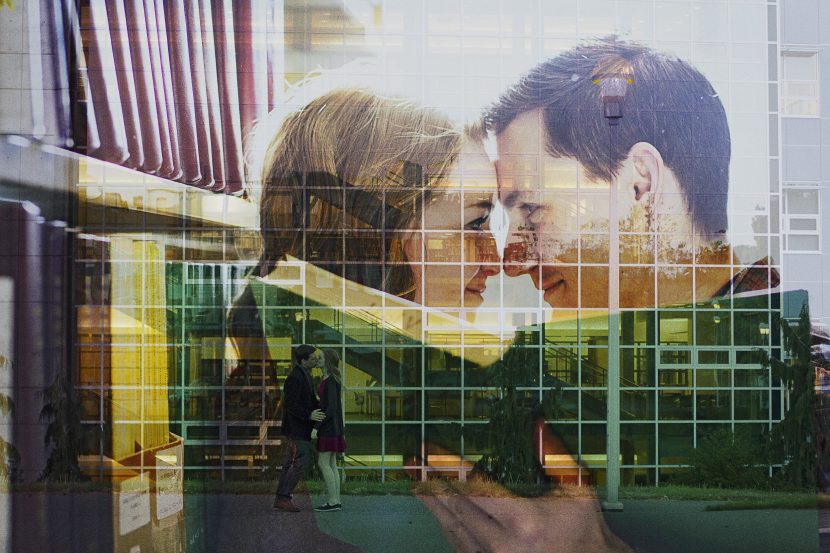 Taleah and Sean’s super cute engagement photoshoot took place at the University of Victoria (UVIC) library and gardens. At the time of this shoot, they had both recently finished their University degrees. When Butchart Gardens in Victoria was decorated as the twelve days of Christmas, Sean asked his girlfriend of seven years to marry him. She said yes! While talking with them one day, they both agreed that they could spend the rest of their lives going to school, that’s how much they loved it. We decided that photographing their engagement photos at the University would be the perfect setting and it would tell a big part of their story.

Shortly after Taleah finished high school, they moved separately to Victoria from the mid-Island and pursued their education at UVIC . Yes, he was her high school sweetheart- a couple of years older but Mom doesn’t need to know that. Taleah was living with a best friend in a two-bedroom apartment, but they basically had four people in there at all times; i.e. the boyfriends! Eventually they moved to their own place together and became even closer study buddies. Spending hours upon hours deep in the pages of textbooks, blinking with tired eyes late into the nights studying for exams and trying their best to balance a study-work-friends/family life, they were in it together. I’m thankful to call these two my friends, and it’s been amazing watching their story continue as they married at the Beach House and now have two girls together! Check out their beautiful Beach House wedding here!