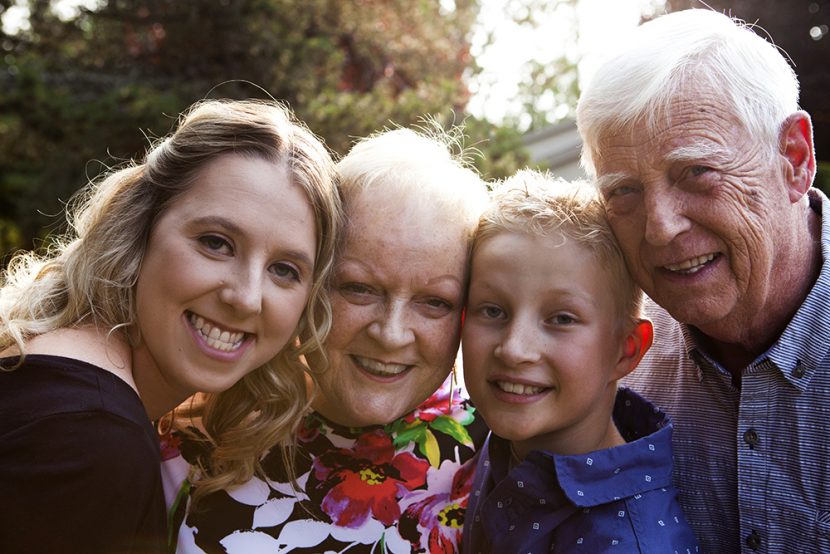 Grandma and Grandpa moved to Vancouver Island a couple of years ago; Donna wanted to spend her retirement near the ocean on an island with less snow than Alberta. The only downside to moving to this beautiful place is that their children and grandchildren wouldn’t be as near to them. Time spent with family is precious, but it is even more so when there is physical distance in between. When the family came to visit them this summer, they decided to have family photos taken in their Parksville back yard. It’s a pretty incredible thing when you have a backyard setting worth photographing in, and let me tell you, on Vancouver Island it’s pretty common.

These six had such a blast and were totally playful and candid in front of my camera. I believe that playing as an adult is extremely important. It’s not that hard to achieve either… when was the last time you laughed? I count that as playing. This session was all about playing. Mom got super into it as she came up with ideas like making faces at each other around the tree and having her son crawl on her back. I asked them all kinds of questions while we shot, getting to know their family and also creating authentic expressions as they continued to laugh and express themselves. My favorite moment however, was when I got Grandma and Grandpa together for their intimate portraits. It was as if they were still falling in love like the early days of a relationship. They have that spark that you see sometimes and it’s so beautiful. They made each other laugh and were kissing even without me asking! Gotta love that.