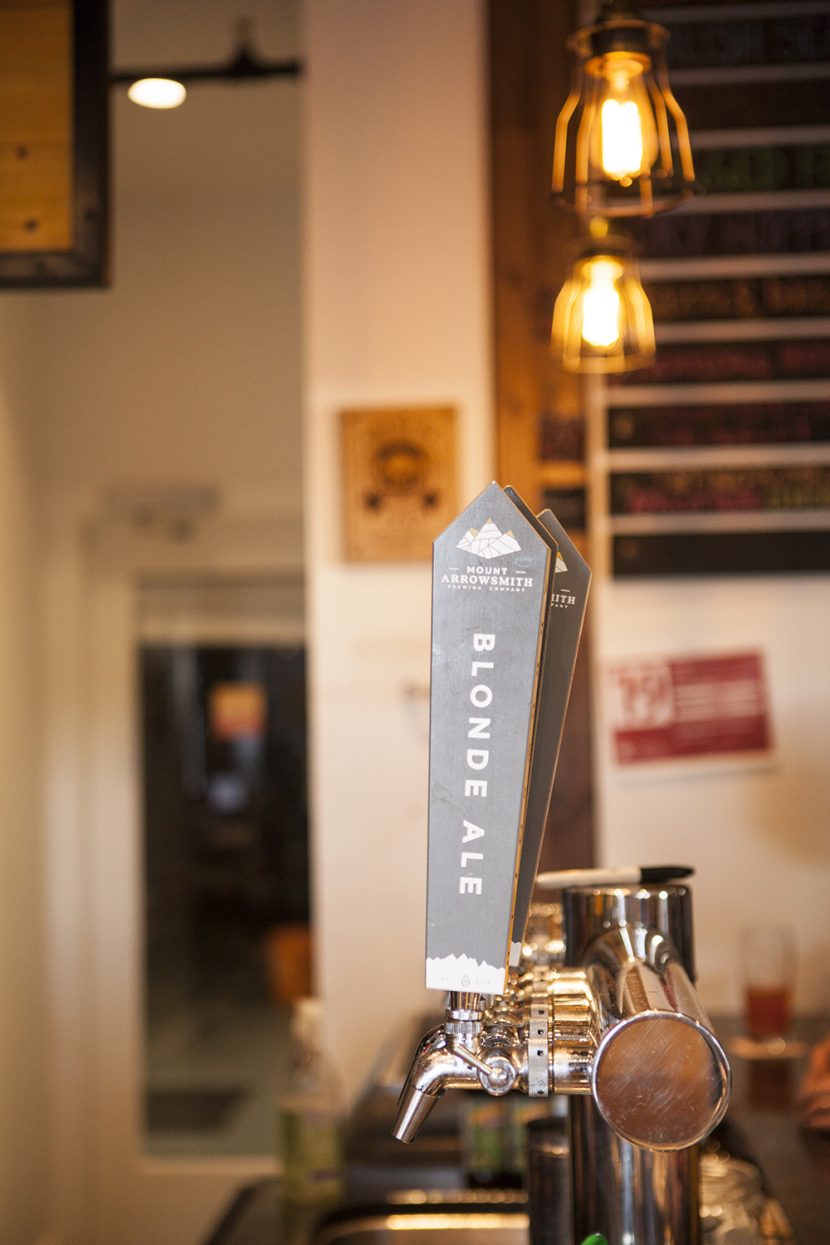 The Young Professionals of Oceanside held a networking event at the Mount Arrowsmith Brew Company in September with the focus of promoting the group and gaining more members. The group is known as the YPO and is comprised of 140 members from the Oceanside region, there is a diverse mixture of professionals within the group that help raise each other up in business. Some of their professions include financial advisers, restaurateurs, mortgage specialists, realtors, photographers and geologists.

At this particular event hosted at the Mount Arrowsmith Brew Company in Parksville, everybody was given one free drink ticket. Arrowsmith Brew Co has taken the craft brew industry by storm over the last couple of years and has established a very friendly and welcoming space along Stanford Avenue. The view of Mount Arrowsmith across the farm field is very suitable, as this is the mountain they named their business after. If you’re from the Oceanside or Port Alberni region, you know this mountain as the prominent feature in our horizon almost everywhere you go! Stop by the tasting room for a flight of sample brews, and fill a growler with your favorites!