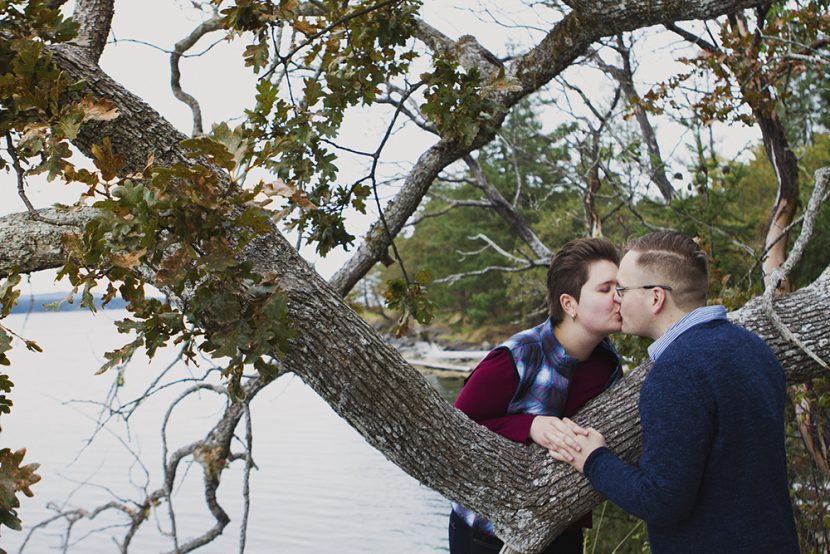 From the Trees to the Seas

Kat and Matt recently made the move to seaside Nanaimo from the ever-forested Prince George. Engaged and ready to tackle life together, they relocated to the ocean rich community. They would also become married in this community about one year after moving. They had their engagement photos taken in Autumn and wanted to include some October-esque things. The changing Oak leaves and a couple of pumpkins would compliment the gorgeous Jack Point, Biggs Park walk well. On an overcast day, we walked along the ocean and stopped at many pretty locations to take some photos.

Oh No! Not the Pumpkin!

While I had them K I S S I N G in a tree, we heard something roll behind us. We had placed the pumpkins down in order to climb into the tree, but apparently one of them just did not want to cooperate! One fell down into a crevasse between a giant rock and the cliff. Poor little pumpkin would not be recovered! So with one pumpkin left, we continued the journey.